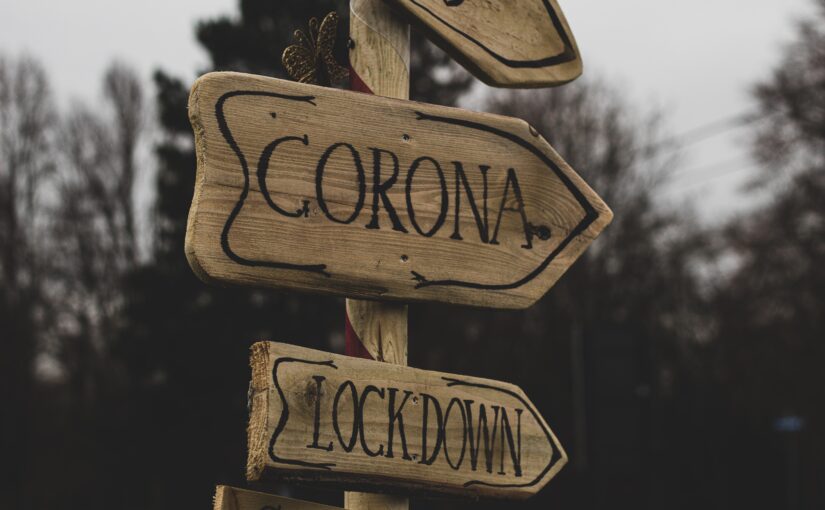 Over the past couple of years, we’ve all experienced the impacts of pandemic-related restrictions. These changes to how we live, learn and work have been with the goal of protecting society, but they have been severe at times. Here in Melbourne, where I live, we had perhaps the longest time in lockdown experienced anywhere.

Now that we have sufficient vaccinations, tests and treatments to manage Covid-19, it looks like we might be coming out of the pandemic. Before I forget what the last couple of years were like, I wanted to record here some of what our daily experience was. In particular, what we did in order to get through those long lockdown months.

I didn’t want to share this earlier, as I’m aware that many people were just trying to get through the days. Having a list of what we did in our household might have added pressure to others. There was no one way of doing lockdown right. Whatever got you through to the end of the day, and to the end of the week, was sufficient.

My wife and I were both working remotely in lockdown. We immediately converted the spare bedroom / junk room into a study and set up desks for each of us there. This very quickly became frustrating with both of us trying to do video meetings out of the same space at the same time. My wife moved into one of the living areas, converting half of it into an office, and this worked a lot better.

Having a separate space for work and non-work was helpful for when trying to “switch off” at the end of the work day. In addition, I continued to wear work clothes for work, and casual clothes for when work was done, aiding with compartmentalisation. However, I soon switched from trousers to comfy jeans. If it isn’t on camera, it doesn’t count.

Part of the daily starting work routine was collecting a coffee from the local coffee shop. While it’s just a small spend, we also felt we were doing a little bit to help a local business get through lockdown. A benefit was that I ended up getting to know a bunch of the staff there by name, and continue to go there still.

I set up a networked printer server on our old laser printer so everyone could print what they needed from whatever device they were using, as well as an Internet monitor display that could show when the Internet connection was down or behaving poorly. There were a lot of shouted questions about “is your Internet still working?” while we were in lockdown.

Lockdown wasn’t exactly healthy for anyone. I had been doing Body Pump classes at a local gym, and in lockdown there wasn’t even the exercise of walking to a train station or walking between meeting rooms. I got a floor mat and some hand weights, and ended up doing Body Pump-style exercises to random Spotify music 2-3 times a week in the mornings. Even now that lockdown is over, I’ve continued this practice.

As a family, we tried to find exercise we could do together (within our 5 km limit). Initially we looked at the Joe Wicks videos but we didn’t really have the space to do it, and the kids launched a protest as well. So, we ended up doing family bike rides at lunch time. Unfortunately, the association with lockdown has tainted family bike rides in the neighbourhood since then. Still, the kids became really decent riders.

Another nice thing about the rides was that we got to know the neighbourhood better. We’d moved to the area just a couple of months before lockdown, so there was plenty to explore. Also, during one of the lockdown periods, people would put teddy bears in their windows and it was fun to spot them. We also had a bit of a bear arrangement for a while on our verandah.

A downside to the bike rides was that we had to leave the dog behind, which she didn’t like. She was a bit of an escape artist, and I had an ongoing project to fit things to our fence so she wouldn’t be able to climb over it. A complication is that we were renting, so couldn’t attach anything permanently. In the end, I attached some planks to the top of the fence with wire and this was sufficient to prevent her going up and over.

When it came to mental health, the Headspace app got heavily used and we signed up to a family plan. It was my first time I’d stuck with a meditation program, and it was very useful in managing the level of stress.

The kids were both at primary school in the first year, then one went up to high school in the second year. Remote learning in general worked pretty well.

When both were in primary school, they would typically finish off all their learning by the morning, and then amuse themselves in the afternoon, outside of any specialist class meetings. They shared different ends of the dining table, and this was also good for Wi-Fi connectivity. We insisted that they have cameras on for their video meetings, and it seems this was a bit unusual. It did give us an argument for why they needed to be dressed by 9am though.

Their schools did a good job in implementing remote learning for lockdown, but remote socialising was not a focus for schools. We had a virtual substitute for the classroom but not for the playground. Our kids could play with each other a bit, but when the eldest went up to high school, this no longer worked.

Eventually, the parents of the kids in the primary school class were able to join everyone to Discord, and this became the means for them to stay in social contact. It would have been better to have a more age-appropriate solution, but this was the best we could arrange, and the benefits of ongoing social contact outweighed the disadvantages.

The schools used Compass to communicate with parents, and it was a big step up from the level of communication we had before lockdown. Unfortunately, Compass has a number of very annoying quirks, and I ended up developing a script to process the Compass email alerts and turn them into a readable message instead of a message to click a link to a message that later disappears.

As well as the individual classes, we also got into a routine of watching BTN and Science Max together as a family. There was also a little bit of Mark Rober thrown in for good measure.

The school lunch break was able to coincide with the parents’ lunch break, and so we tried to all spend time together at that point, if only for 30 mins. We ended up designating one bedroom as the “lunch room”, since it was a different space from the ones we were working and learning in.

Many regular evening and weekend activities couldn’t work as normal under lockdown. My local orchestra’s rehearsals and performances couldn’t go ahead, and it switched to a fortnightly online orchestra social get-together instead, with a mix of quiz nights, celebrity interviews and Acapella app selfie-performances.

My monthly friendly dinner party club shifted to a mode where we agreed on a theme and then all cooked it at home for our families and households, but ate together via Zoom, Webex, or Teams. Not quite the same, and having to cook food that the kids would also eat meant it was less adventurous, but still a bit of fun.

The book clubs I was involved in also went online, but there was a bit of a drop-off in attendance. There was definitely a bit of Zoom fatigue going on, and it was hard to be motivated to read serious books when there was enough other serious things to worry about.

The Melbourne-based part of our extended family were unfortunately outside our 5km limit, but we kept in touch with them with weekly video sessions. Plus there were other regular catch ups with friends.

A new weekly tradition was joining a couple of friends virtually for Locked Down Trivia, which raised money for good causes, and gave us a good excuse to try out a variety of cocktails. Some people there got into dress-ups and group challenges, but we were there for the laughs. And possibly to test our ability to confirm our knowledge via Google.

Just like everyone else it seems, we started doing jigsaw puzzles. There was generally a puzzle set up somewhere, and anyone could come past and work on it for a bit if they needed to distract themselves or reset.

We started a weekly tradition of big Sunday lunches. Initially it was Sunday roasts, but it didn’t take too long to widen it to a broader set of cuisines. I remember we did a big dish of lasagne a couple of times and also crepes one day.

I was one lockdown behind the trend in some of my hobbies, and after it boomed in Lockdown 1, I took up sourdough baking in Lockdown 2. I’ve posted before on this blog about my adventures in gluten-free sourdough, and I’m pleased to say that my sourdough starter is still alive!

Also on food, we ordered a few minor luxuries to treat ourselves from time to time. We brought in nice tea from Tea Leaves in Sassafras, nice chocolate from Haighs, and nice gin from all over the place. Occasionally, we’d order a nice dinner to be delivered, doing this at the same time as some friends, and we could have a virtual dinner party together.

The kids found their own ways to cope, and the tough times resulted in an unexpected burst of creativity. There was a lot of Lego building, and we went through a lot of craft kits. In addition, for a few months they made a weekly newspaper called Big House News that chronicled the more dramatic events in the house, as well as poking fun at their parents. There was also a series of stop motion animation videos produced and shared with remote family members. Looking back, some of the videos had rather dark humour, but they were at least all humorous.

We also experimented with playing Dungeons & Dragons. I got out my old AD&D 2nd Edition books and over successive weekends, we ran through a short campaign. It all went a bit silly and we had lots of laughs.

I’d be remiss not to mention the heavy use that the PlayStation 4 got during lockdown, and then the PlayStation 5 (once we could get our hands on one). I think we now own every expansion pack for The Sims 4, and I spent a lot of time in action RPGs like Witcher 3, God of War, and Assassins Creed Valhalla.

We were forced to switch to ordering our shopping online for home delivery. We had tried this a few years back and stopped after having issues like missing items or strange substitutions. Apparently these are still issues.

With widespread panic buying affecting supermarket shopping, we switched to buying toilet paper on subscription. Happily, gluten-free varieties of products tended to be less affected by panic buying. For some reason, gluten-free pasta and gluten-free flour are not what doomsday preppers want to keep in their stash.

Although, one prepper move we made was to ensure we had at least half a tank of fuel in the car, and at least half a bottle of gas for the BBQ on hand. Pandemic restrictions were randomly hitting different industries, and it was hard to predict which supply chain would be the next to be disrupted.

But let’s hope we don’t have to do all this again.