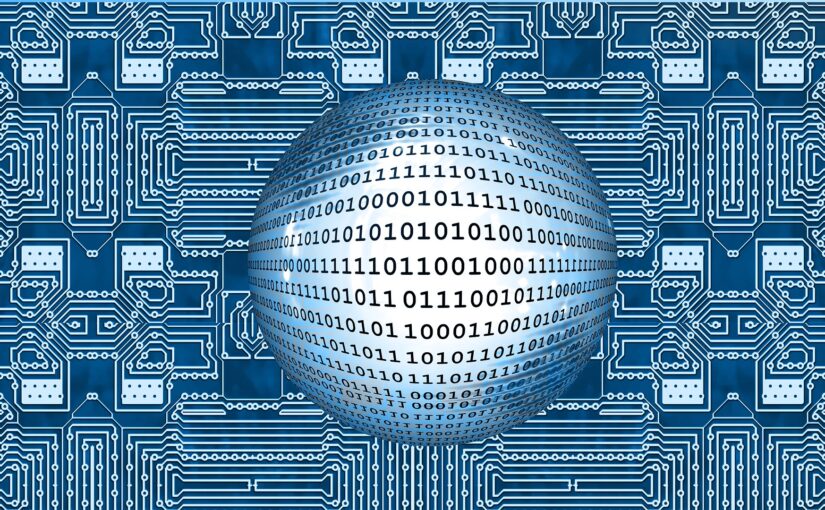 I am not a deep expert in quantum computing, but I know several who are. In order to chat to them, I have read quite a few introductory quantum computing articles or online courses. However, I find that these are either pitched at a level where it’s all about the hype, or at a level where you need to have a good background in either mathematics or physics to follow along. So, I have been trying to describe a quantum computer in a useful way to people without the technical background.

This is just such an attempt. If you’re still with me, I hope you find this useful. This is for people that don’t know the difference between Hamiltonians, Hermitians or Hilbert spaces, and aren’t planning to learn.

Let’s start with some definitions. A quantum computer is a type of computing machine that uses qubits to perform its calculations. But this raises the question of what is a qubit?

Digital, or classical, computers use bits to perform their calculations. They run software (applications, operating systems, etc.) that run on hardware (CPUs, disk drives, etc.) that are based on bits, which can be either 0 or 1. The hardware implementation of these bits might be based on magnetised dots on plastic tape, pulses of light, electric current on a wire, or many others.

Qubits are “quantum bits”, and also have a variety of hardware implementations such as photon polarisation, electron spin, or again many others. Any quantum mechanical system that can be in two distinct states might be used to implement a qubit. We can exploit the properties of quantum physics to allow a quantum computer to perform calculations on qubits that aren’t possible on bits.

Since a qubit can be made from a variety of two-state quantum systems, let’s consider an analogy where we implement a qubit on something we all have experience with: a coin. (I know this is not an exact analogy since a coin is a classical system not a quantum mechanical system, and it can’t actually implement entanglement or complex amplitudes, but it’s just an analogy so I’m not worried.)

If we consider a coin lying on a table, it can be either heads-up or heads-down (also known as tails). For the purposes of this analogy, let’s call these states 1 and 0. You will recognise that this is like a classical bit.

Maybe this coin has different types of metals on each side, so we could send some kind of electromagnetic pulse at it to cause it to flip over, and this way we could change it from 1 to 0, or visa versa. If there is another coin next to it, we might consider another kind of electromagnetic pulse that reflects off only one of those metals in a way that would flip the adjacent coin if the first coin’s 1 side was up. You might ultimately be able to build a digital computer of sorts on these bits. (You can build a working digital computer within the game of Minecraft, so anything’s possible.)

Let’s now expand our analogy and add a coin flipping robot arm. It is calibrated to send a coin up into the air and land it on the table, such that it always lands with the 0 side up. While the coins are in the air, these are our qubits. When they land on the table, they become bits.

Now we can flip coins into the air, and send electromagnetic pulses at them to change their state. However, unlike bits that can be only either 0 or 1, qubits have probabilities. A pulse at a coin can send it spinning quickly so that when it lands on the table it will be either 0 or 1 with a 50-50 chance. Another pulse might reflect off this spinning coin so that it hits the next coin and spins it only if the pulse happens to hit the 1 side of the first coin. Now when the coins land, they have a 50-50 chance of either being both 0 or both 1.

However, you won’t know this from measuring it just the one time. You will want to perform the coin flips and the same electromagnetic pulses a hundred times or more and measure the number of different results you get. If you do the experiment 200 times, and 100 of those times you get two 0s and the other 100 times you get two 1s, you can be pretty confident that this is what is going on. For more complicated arrangements of pulses, and greater numbers of coins, you might want to do the experiment 1000 times to have a clear idea of what is happening.

This is how quantum computing works. You perform manipulations on qubits (coins in the air), these set up different possible results with different probabilities, the qubits become bits (coins on the table) that can then be read and manipulated by a classical computer, and you repeat it all many times so you can determine things about those probabilities.