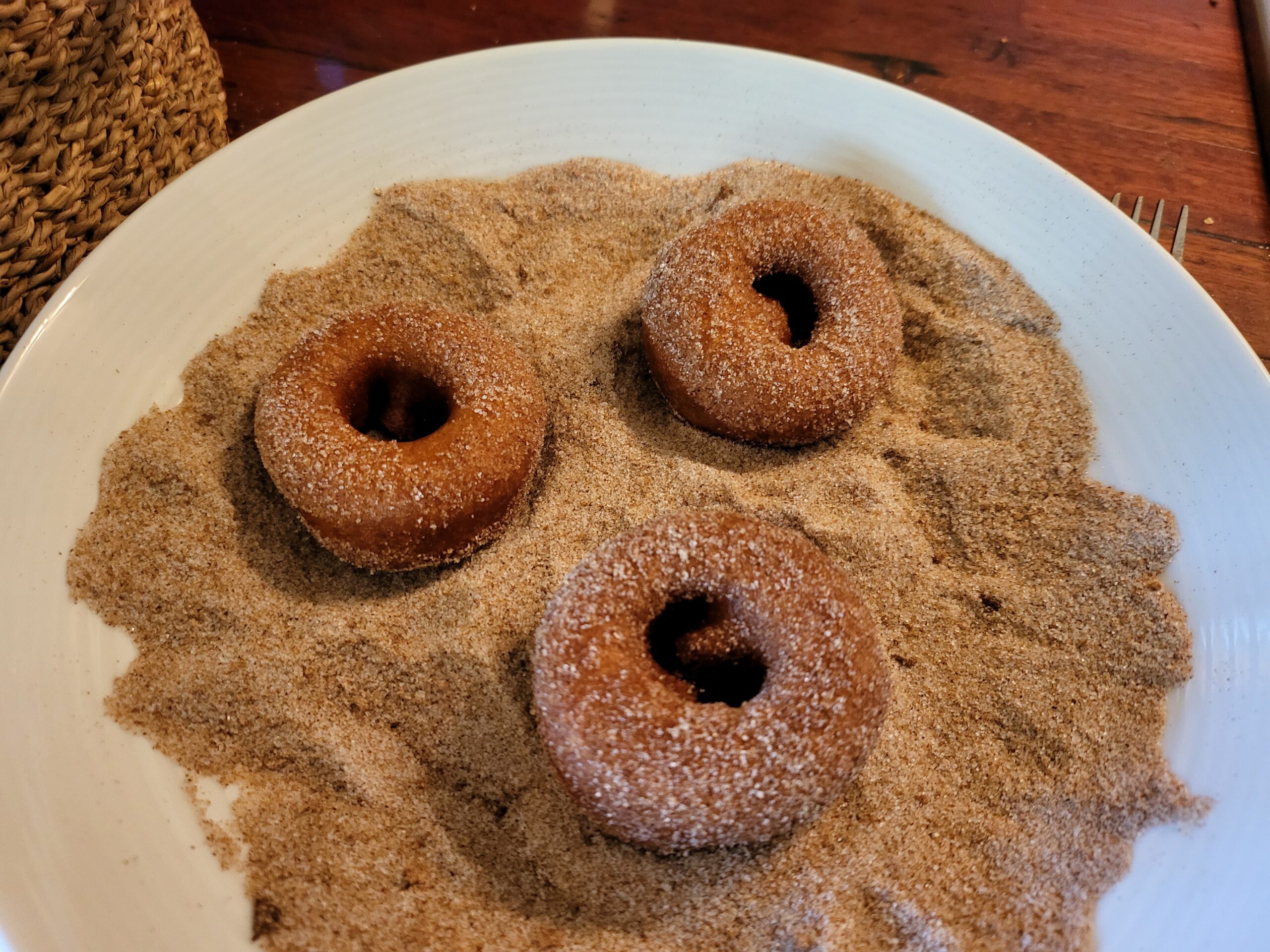 I like ’em, whether they are called donuts or doughnuts, especially when they are fried, ring-shaped, and covered with a cinnamon-and-sugar powder. I recently impulse-bought a donut maker – one of the kinds that drops rings of batter into hot oil – and was looking forward to making some of my favourite kind.

However, when I went to search for a gluten-free, fried ring donut recipe, I couldn’t actually find one. I checked my trusty gluten-free recipe books and did several versions of web searches, but I didn’t find what I was looking for. I did discover some interesting yeasted donut recipes that I have put aside to try another time, though.

So, after a bit of experimentation, here is my recipe for gluten-free, fried ring donuts. It was based on this recipe for gluten-and-dairy free donuts that was pretty similar to the (glutinous) one on the box of the donut maker, but was for oven-baked donuts rather than fried ones.

It is important to ensure your donut maker is going to work for you. Perhaps I can’t be too fussy about a $13 donut maker, but it still needs to work. After it arrived, mine needed to be gently adjusted by pushing the internal component to re-seat itself in the plastic channels. Also, the plastic rod was a little warped, so when I pressed down on the top of the donut maker, the plastic rod – that ultimately forms the “hole” in the final donut – wasn’t centred correctly. I needed to spin the rod in place until when I pressed the button at the top, the rod stayed centred in the circular outlet at the bottom of the donut maker. I then used a permanent marker on the button at the top of the rod and the outer rim of the donut maker to help show me where it needed to stay aligned to for a good donut shape to be created.

You also want to be able to control your oil temperature. For me, I used a BBQ thermometer and heated the oil in a frypan outside (to keep the hot oil smell out of the house). I could then control the oil temperature by either raising/lowering the lid of the BBQ or adjusting the gas setting. Around 180 degrees Celcius is the best temperature to fry your donuts, so ensure you can manage that +/- 10 degrees. A thermometer of some kind is highly recommended!