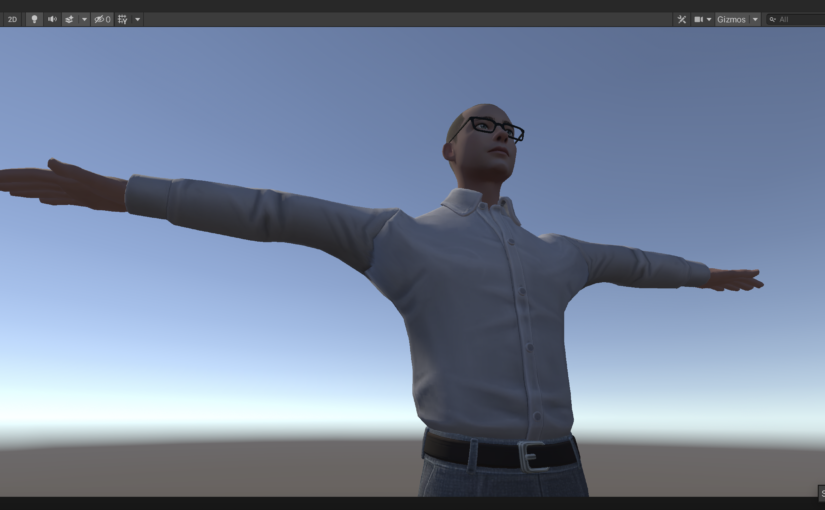 I decided that I wanted a full-body 3D avatar, since this seems to be the way things are headed. If I was using a Windows PC, I would be able to use something like Animaze and have my avatar track to my gestures and expressions. However, I am currently using a Mac and there are fewer options, especially in English. I was able to find the browser-based FaceVTuber service and the application 3tene, though. 3tene requires avatars in the VRM standard, so that made my decision for me.

The easiest way to create a VRM avatar seems to be to use VRoid Studio application, although the resulting avatars look like anime characters. I wanted to create a more realistic looking 3D avatar, and a service like ReadyPlayer.Me would be perfect, as it quickly creates an avatar based on a photo. The catch is that ReadyPlayer.Me does not yet export a VRM file version of their avatars. But there is a way to do it, if you’re willing to jump through some hoops.

This is a guide that I’ve put together based on trial and error, and heavily inspired by ReadyPlayer.Me’s instructions on exporting to a GLB file for Unity and Mada Craiz’s video on converting a ReadyPlayer.Me GLB file into a VRM file.

Firstly, you will need to have downloaded Blender and Unity / Unity Hub. For Unity, you will probably need to also set up an account. This guide was based on using Blender v3.2.1 and Unity 2020.3.39f1 Intel.

You will also need to download the UniVRM package for Unity. I used v0.103.2, which was the latest version at the time. Make sure you download the file named something like UniVRM-0.xxx.x_xxx.unitypackage. You don’t need the other files.

Test out the VRM file in the avatar application of your choice! Good luck. 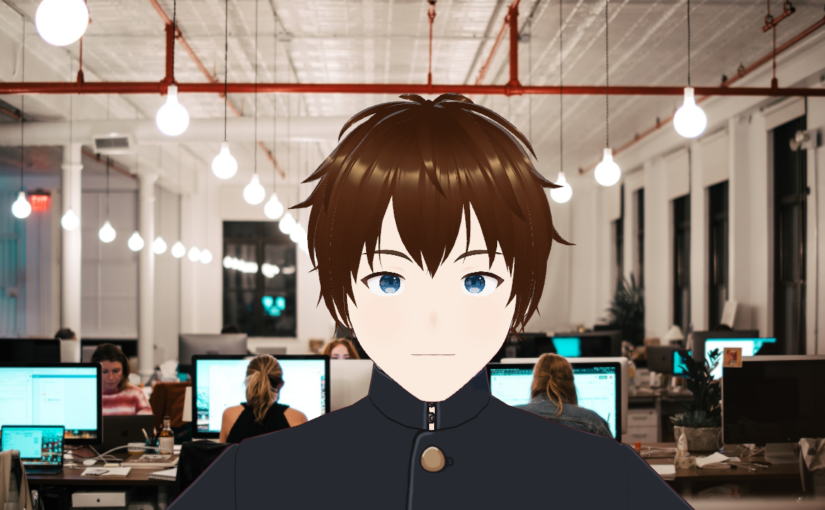 I don’t think we’re talking enough about avatars. I don’t mean the James Cameron film or the classic anime series. I’m referring to the computer 3D model that can represent you online, instead of a picture or video of the “real you”.

Due to the Covid-19 pandemic, we’ve had something like 5 years of technology uptake in an accelerated timeframe. Remote working has become much more common, with people regularly joining meetings with colleagues or stakeholders via services like Teams, Webex or Zoom rather than meeting up in person.

While pointing a camera at your face and also seeing an array of boxes containing other people’s faces has its merits, it can have a bunch of downsides. It turns out that many of these can be addressed by attending the meeting as an avatar rather via camera.

Interacting with others via avatars is the normal way of things when it comes to computer games. Many people are familiar with avatars from online social settings like Minecraft, Fortnite or Roblox. I’d think that for many kids today, they have spent more hours interacting online with others as an avatar than on camera.

So, it may be there is a generational shift coming as such people come up through our Universities and workplaces. But there are also fair reasons for moving to use avatars for meetings in any case. Here are five reasons why you should consider turning up for work online as an avatar.

If you attend a meeting as an avatar, you

2. You will appear more engaged

Well, if having the camera on is stressful, why not just turn it off? In some workplaces or schools, it is considered bad etiquette to turn off your camera in a group video call. It is not a great experience to be talking to a screen of black boxes and not seeing anything of your audience. Seeing a participant’s avatar watching back instead of a black box is a definite improvement.

However, sometimes it is a good idea to turn off the camera, such as when eating or having to visit the bathroom. The participant is still engaged in the meeting but for good reasons has turned off the camera. There is no need to do that with an avatar.

An avatar is also able to make eye contact through the meeting. Unfortunately, not everyone with a camera can do this, as the camera position might be to the side, above or below the screen that the participant is actually looking at. This tends to make the participant look distracted, as that would be how such behaviour would be interpreted in a face-to-face meeting. Avatars don’t have this issue.

With Teams, Webex or Zoom, you can replace your background with a virtual background for a bit of fun. With an avatar, you can change everything about your look, and make these changes throughout the day.

You don’t even need to be human, or even a living creature. You might want to stick to an avatar that is at least humanoid and has a face, but there’s a huge creative space to work within.

In some online services, avatars are not limited to being displayed in a box (like your camera feed is), but can interact in a 3D space with other avatars. This also means that stereo audio can be used to help position the avatar in a physical space, making it easier to tell who is speaking by just where the sound is coming from, or distinguish a speaker when someone is talking over the top of them.

4. There may be less risk of health issues

Most group video meeting services show a live feed of your own camera during the call. It’s not exactly natural to spend hours of a day looking at yourself in a mirror, especially if the picture of you is (most likely) badly lit, from an odd or unflattering angle, and with a cheap camera lens. Then, if you couple this with seeing amazing pictures of others online, say on social media, it all appears to be a bit unhealthy.

While it’s not an official condition, there is some discussion about what is being called Zoom dysmorphia, where people struggle to cope due to anxiety about how they appear online. These people may go the plastic surgery route in order to deal with this.

Having a camera on all the time may also be generally unhealthy since it ties people to the desk for the duration of the call. Without this, for some meetings, people might instead take a call while walking the dog or taking a stroll around the block.

5. It works well for hybrid meetings

Hybrid is hard. It’s typically not a level playing field to have some meeting participants together in a room and some joining remotely. Having a camera at the front of a room capturing all of the in-person attendees means it is often difficult for the remote participants to see them.

The main alternative is that all the participants in the room have a device in front of them that allows them to join the meeting as a bunch of remote participants who happen to be in the same place. This usually results in a bunch of cameras pointing up people’s noses, as the cameras in a laptop or tablet are not at eye-level.

If the people in the room join as avatars, they can be showed nicely to the other participants, and the individuals’ cameras are often still adequate for animating their avatar to track with their face and body.

There are some down-sides to using avatars. It can make it more difficult for hard-of-hearing participants since they can’t rely on lip reading to follow a conversation. There will need to be avatar etiquette discussions so people aren’t made uncomfortable by certain types of avatar turning up to meetings. The technology is still evolving so it can look a bit unnerving if an avatar doesn’t show expected human emotions.

But directionally, avatars solve problems with our current group video meetings, and we can expect to see them become more mainstream over the coming years.