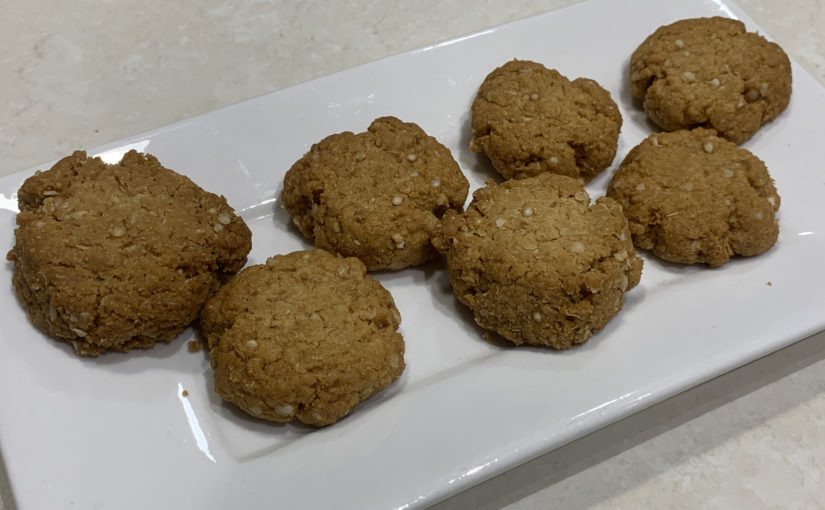 The Australian government’s Department of Veteran’s Affairs has strict guidelines on what can be labelled with the term Anzac. Part of this requires that Anzac biscuits do not significantly vary from one of the traditional Anzac biscuit recipes. Although, it has been reported that “substitution of ingredients for people who are glucose or lactose intolerant” is permitted. Given all that, I think this qualifies as a legitimate Anzac Biscuit recipe, as it only varies from one of the traditional recipes to accommodate a need to be “gluten free”. In Australia, a gluten free diet is understood to also mean oat free, so both the traditional wheat-based flour and rolled oats ingredients need to be substituted.

This recipe is largely based on one from the Coelic Australia cookbook (4th Edition), but I’ve tweaked it after making it a few times. I love to eat Anzac biscuits, so with yesterday being Anzac Day, I’d ensured that I had a good supply to eat with a cup of tea!